Rapid Reviews: Gotta Get Caught Up!

Time to get this thing back on track, don't you think?

We're about to hit Oscar season once again and I've been incredibly remiss in updating this blog. Despite multiple promises to update more this summer, I failed miserably at my task. So hopefully (cross your fingers), this Rapid Reviews post is the beginning of a new, strong season.


I know. If I cry "wolf" one more time, you readers are just gonna stop coming back. But without further ado, let's check out what I saw at the movies this summer. 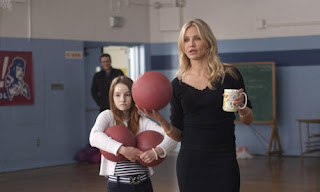 Bad Teacher isn't a funny movie in the traditional sense. You'll probably be shocked. You'll wonder exactly how a movie this crass got made. You'll think that if a male character were saying or doing any of this, the movie would be condemned by a thousand different parents' councils. But it's just not a well-constructed movie. And Jason Segal is totally wasted here. I'm skimping on details because it's been so long I can't really remember them. Perhaps that's the most damning statement of all. C+ 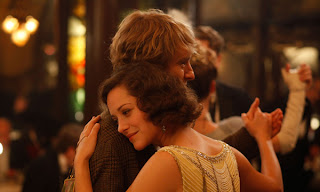 Midnight in Paris is an absolutely wonderful film. It's truly delightful. Only Woody Allen could make me love Owen Wilson and hate Rachel McAdams' characters in the same movie. (Ignore the disastrous grammar on that one--it's a Rapid Review, after all.) It's awfully light, and lacks some of the gravitas that would make this movie a little more capital-I Important, but every once in a while, you want to see a movie that's just lovely. And Paris is perfectly lovely. A-

Apologies for the lack of screenshot for X-Men: First Class. I'm running on fumes for this one. Saw it once and absolutely loathed it, then saw it again and started to like it a lot more. But it's one of those movies that time is not kind to. The best I can say is that it was okay. B 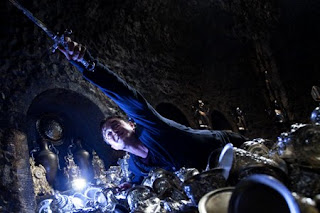 Harry Potter and the Deathly Hallows Part II beats part one by a lot and is one of the best films of the franchise. Interestingly, everyone seems to use different criteria to grade the Harry Potter films, with most posing the challenge that they must properly translate book-to-screen. I have no such criterion. Frankly, I consider the books and the films completely different entities and I hate cross-comparison. My favorite movie is the third partially because it deviated so much from the franchise (and was simply a fantastic movie). This was a strong movie, though I'll say that dividing the book into two movies was a silly move from the beginning. B+ 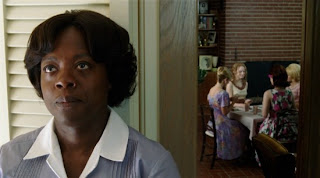 The Help has stirred up a fair share of controversy and Oscar buzz alike, perhaps each creating the other. But at its core, this is a film that boasts incredibly strong acting from an all-female ensemble (we don't get too many movies with all-female ensembles that aren't awful anymore, so we should embrace them as they come). Emma Stone and Allison Janney are both doing great work, while Octavia Spencer and Jessica Chastain are both absolute wonders to watch. But the star here is Viola Davis. She burned a hole through the screen in Doubt a few years ago and has never ceased to be incredible. She elevates what should be a television film subject into being true Acting (complete with a capital A). B+ 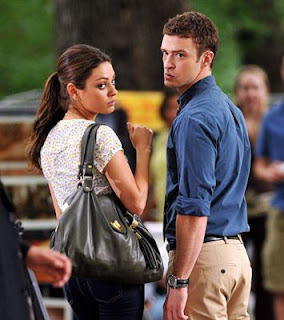 Friends with Benefits is cute. Mila Kunis and Justin Timberlake know they're not in the best film in the world and have fun anyway. Richard Jenkins somehow thinks he's in an Oscar contender and delivers a world-class performance as Timberlake's father suffering from an illness. And there's a lot of sex. This movie shouldn't be compared to No Strings Attached, because it's worlds better than that dreck, but it also shouldn't be compared to director Will Gluck's fantastic second feature, Easy A. This one falls somewhere in the middle. B- 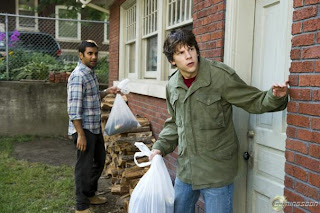 ...Nah, not wasting my time talking about 30 Minutes or Less. It was horrible. And unfunny. And Aziz Ansari might be the most overrated comedian since Dane Cook. Yeah, I said it. D 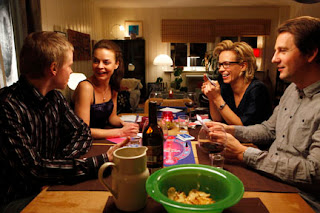 Happy Happy was too much fun to watch. A Norwegian film getting released this weekend, it is a tad stereotypical, but it makes up for it with immense heart and a lot of great writing and great acting. The performances are lived-in, with each character breaking out of their stereotype and truly jumping off the screen and into your heart. It's not a perfect movie, but it's completely fine with being less than perfect. Because it's human. A- 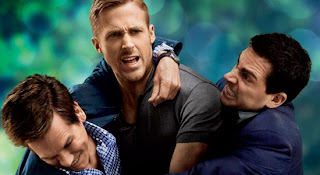 Crazy, Stupid, Love. What a movie. It thrilled me from start to finish. It enticed me with its witty writing and stupendous cast. It enthralled me with how human these characters were. It made me laugh. It made me love. It was truly one of my favorite films of the year. A

Whoo! All movies done! Let's see if I can't finally get this blog back on track!
Awkwardly posted by Kevin at 9:52 AM

Nick from www.cinekatz.com here. Doing some scout work for the LAMB. We're wanting to make an email newsletter for community features as well as a list we're making similar to Sight & Sound's best movies of all time list. Just need an email! Email me at npowe131 at gmail.com